A scholar fighting for the Reformation

Montaigne considered him a fine scholar; Catherine de Medici enjoyed his company. As for King Henry IV of France, he was worried about his criticisms…. Theodore Beza played a leading role in 16th century France. Born in Vézelay in 1519, he was also the great architect of the Reformation in Geneva and Europe, after Calvin’s death, whom he admired above all. The author of 400 books, a tireless translator of the Bible, a poet and a successful preacher – he preached in front of 6000 people in Paris -, Theodore Beza represents one of the most important figures of Protestantism that followed in the footsteps of the Luther, Zwingli and Calvin generation.

In 2019, the International Museum of the Reformation celebrates the 500th anniversary of his birth by exhibiting in its prestigious salon a representative and original sample of items related to him: his famous Icons of the Reformation, an erotic poem from his youth, a political text co-published with Machiavelli’s Prince, a letter from King Henry IV, the famous anonymous portrait of the Reformer as a young man or the famous oil on canvas made by Ferdinand Hodler in 1884 depicting Calvin and the teachers in the court of the Collège de Genève… among may other objects on display. In total, 30 items presenting Theodore Beza as a poet, thinker, pedagogue and diplomat, a great Reformer who was also a great Genevan, the first rector of the Academy, which he founded with Calvin, a moderator of the Compagnie des pasteurs for 15 years and witness to the Escalade in 1602 (even though he was not aware of it, having been sound asleep!)…

Buried in the basement of the former cloister on which the MIR stands today, Théodore de Bèze came back to life so that some decisive pages of the history of the Reformation, Geneva and Europe could be illuminated. 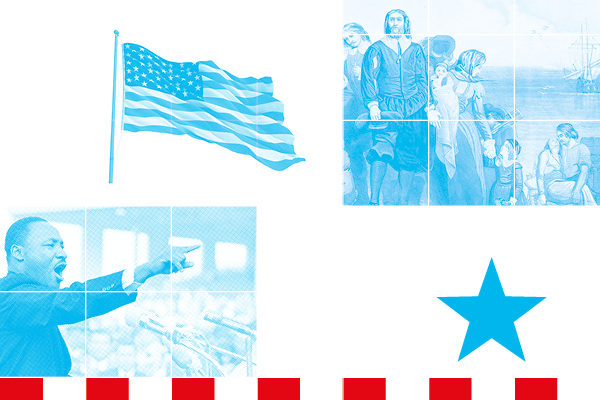 « Great understanding of how Reformation plot the history of Switzerland through its role as refuge for the prosecuted and immigration. »