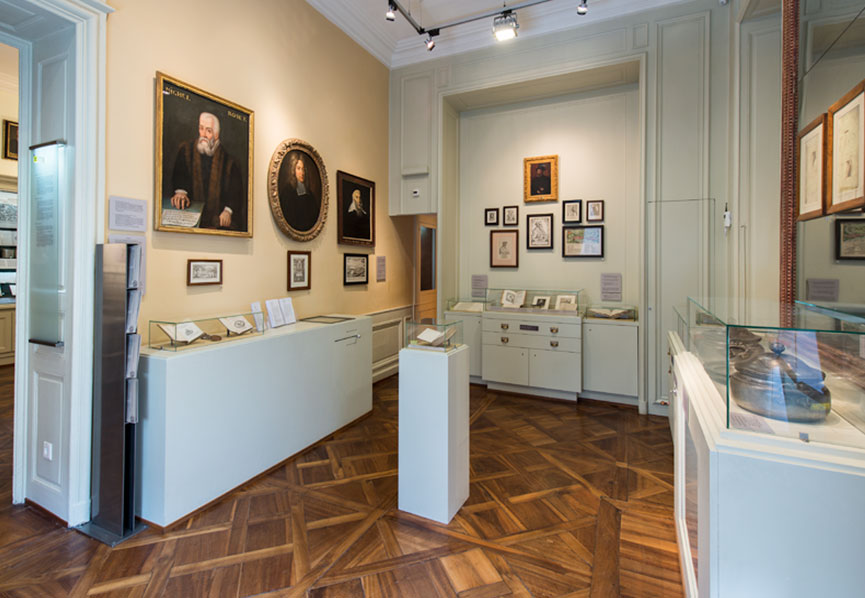 Geneva in Calvin’s time became a city of refuge for thousands of exiled Protestants from France, the Netherlands, Scotland and Italy. To accommodate this new population the city was forced to expand upwards (see the model). Everyday life in 16th-century Geneva is evoked through portraits, books by Calvin (including a first edition of the Institutes of the Christian Religion), an unpublished report on a case of suicide, views of the city, and other objects.