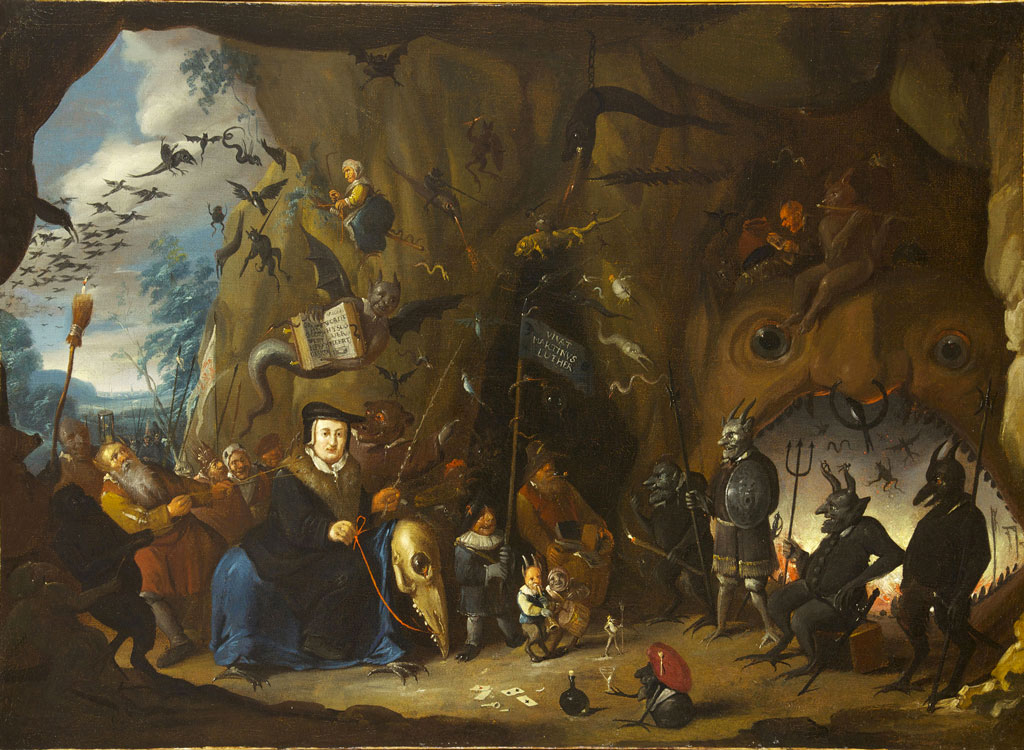 Egbert van Heemskerck the Younger (active in London circa 1686–1744). Oil on canvas. Circa 1700–1710
Geneva, International Museum of the Reformation. 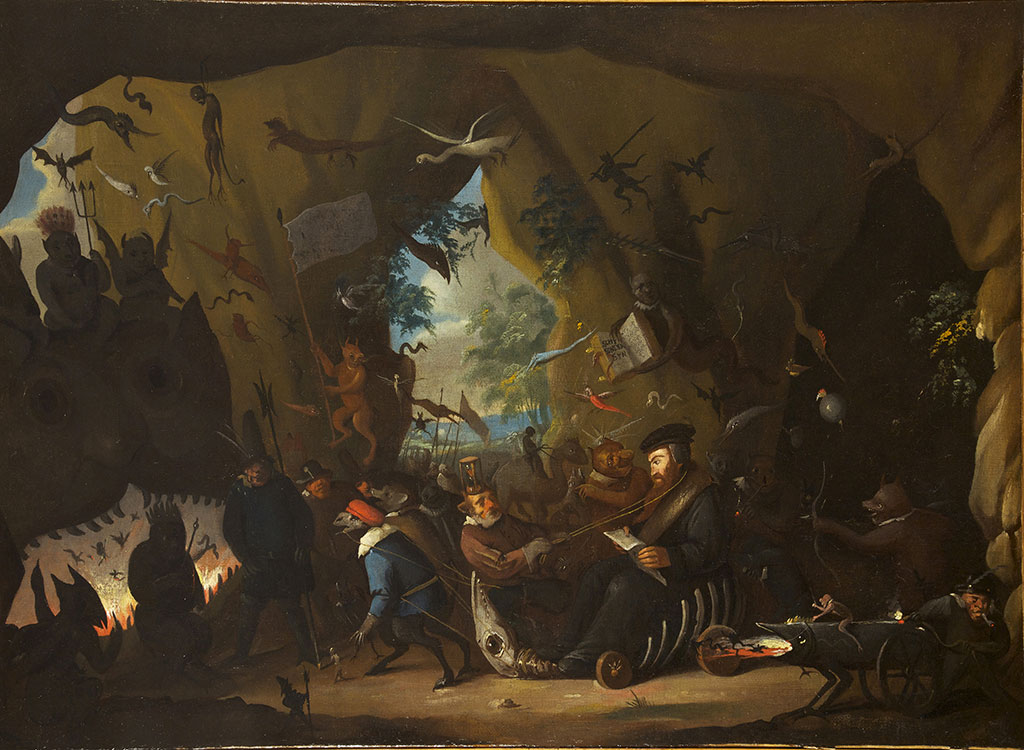 Purchased thanks to donations by the Hempel family,
François Micheli and Lorenzo Pedrazzini.

This pair of paintings depict Luther and Calvin accompanied by a cortège of devils, triumphantly entering hell, as if returning home, and gleefully welcomed by their subjects. They no doubt were created in response to anti-Catholic engravings showing the triumphant entrance in hell of the Catholic Church. Their intended audience was likely a group of Dutch supporters of the English Catholic party of James Stuart, who was dethroned in 1701.