Among the many precious items in the MIR collections, this set of documents is particularly interesting for it allows to see how engravings were made. Genevan artist Proessel (1860-1950) made a first preparatory drawing which he transposed onto tracing paper. Then, he engraved it on the plate serving as a mould. After placing ink on the mould, he would press a sheet of paper onto it and obtain an engraving of a portrait of John Calvin.

As the engraving technique dictates, the result is the reverse of the original drawing. This process has the advantage of making it possible to copy images on a vast scale. This technique, by allowing widespread circulation, was very popular at the time of the Reformation. 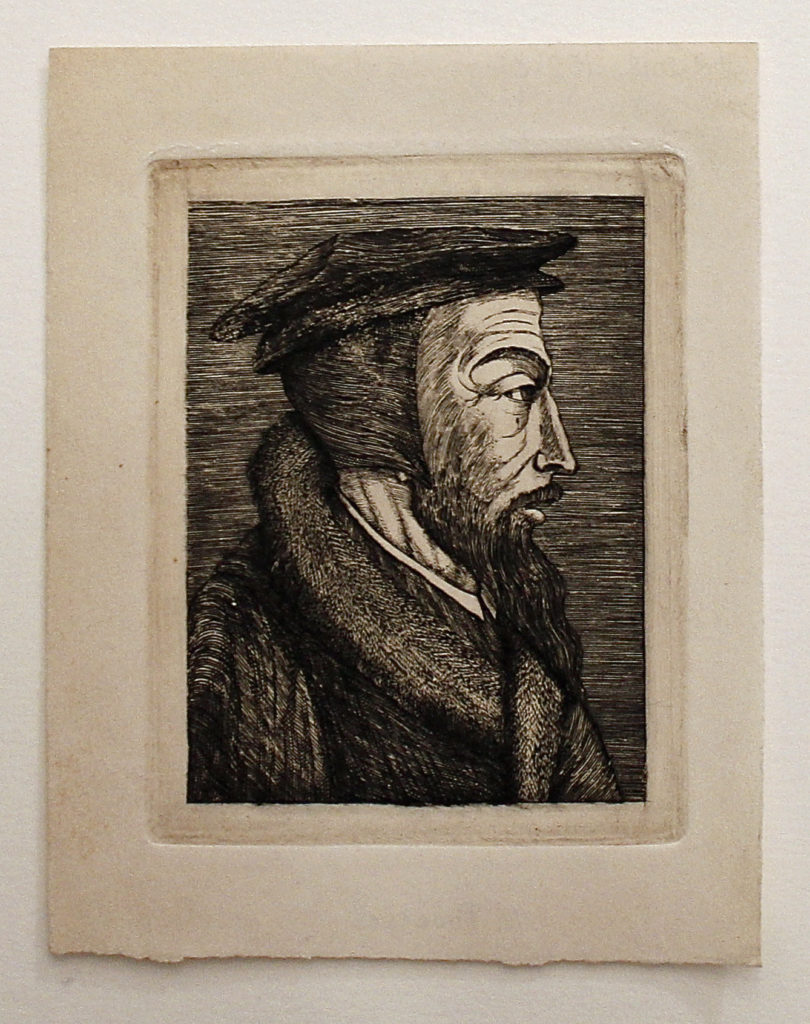 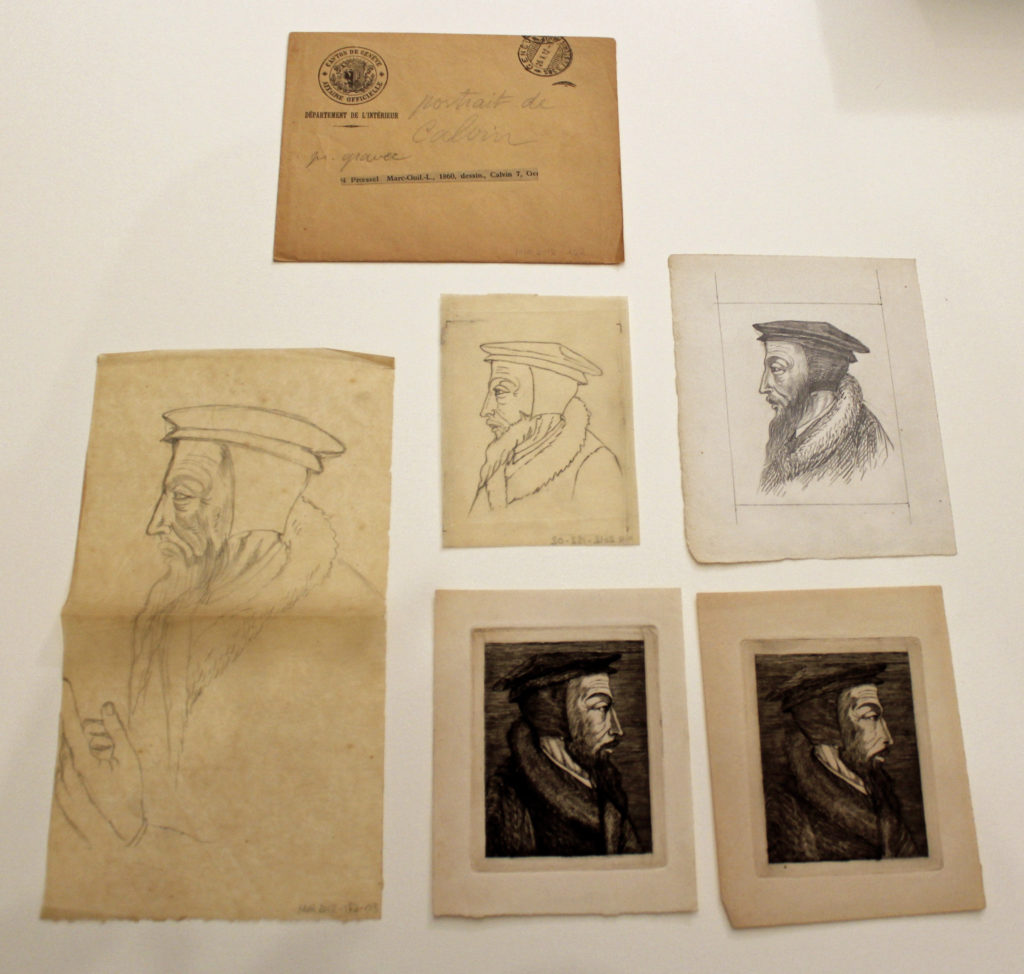